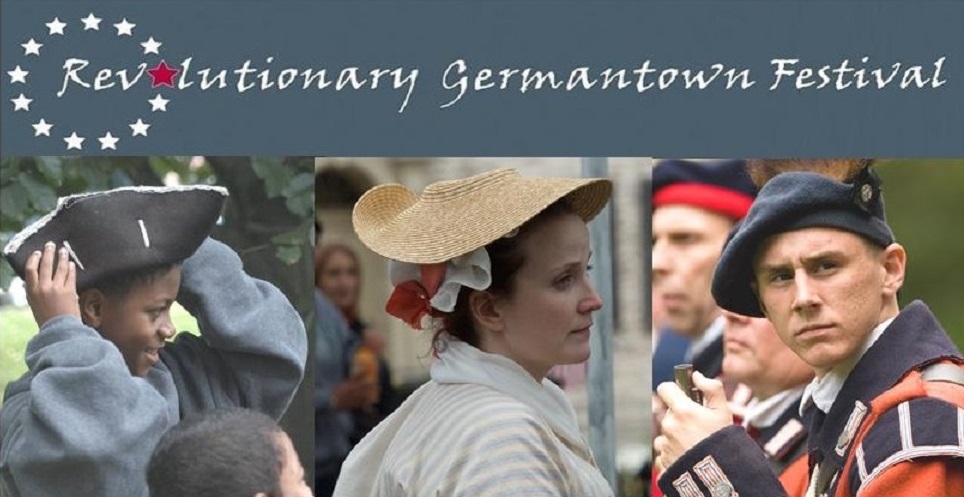 A tradition since 1927, the Revolutionary Germantown Festival takes visitors on a journey to the fall of 1777 when Philadelphia—then the nation’s capital—and Germantown were occupied by British forces. The Battle of Germantown was a surprise attack planned by Washington in an attempt to force the British out of Philadelphia. Although Washington and his men were defeated after several hours of fighting, Washington’s strategy convinced France to aid the colonies’ fight for independence. The story of the Battle of Germantown is displayed through hundreds of re-enactors from around the country, professional interpreters, and narration by author Tom McGuire. Additionally, families can tour Cliveden, the Deshler-Morris House, and other sites in Historic Germantown to learn how the battle affected local citizens. Children’s activities provided by the sites of Historic Germantown, Sutlers, and local food vendors will also be available. After the festival at 4 PM, head down Germantown Avenue to Historic Grumblethorpe for Oktoberfest in Revolutionary Germantown for food and live music from around the globe.

Germantown Avenue will be closed between Upsal and Johnson Streets for the festival. We recommend that visitors bring ear plugs and/or headphones with them as the re-enactments can be pretty loud. Cliveden’s grounds, Carriage House Visitor Center, and first floor of the Main House are wheelchair accessible. The ground does have gravel and a slight hill.

For more information, visit www.revolutionarygermantown.org. Come one, come all!