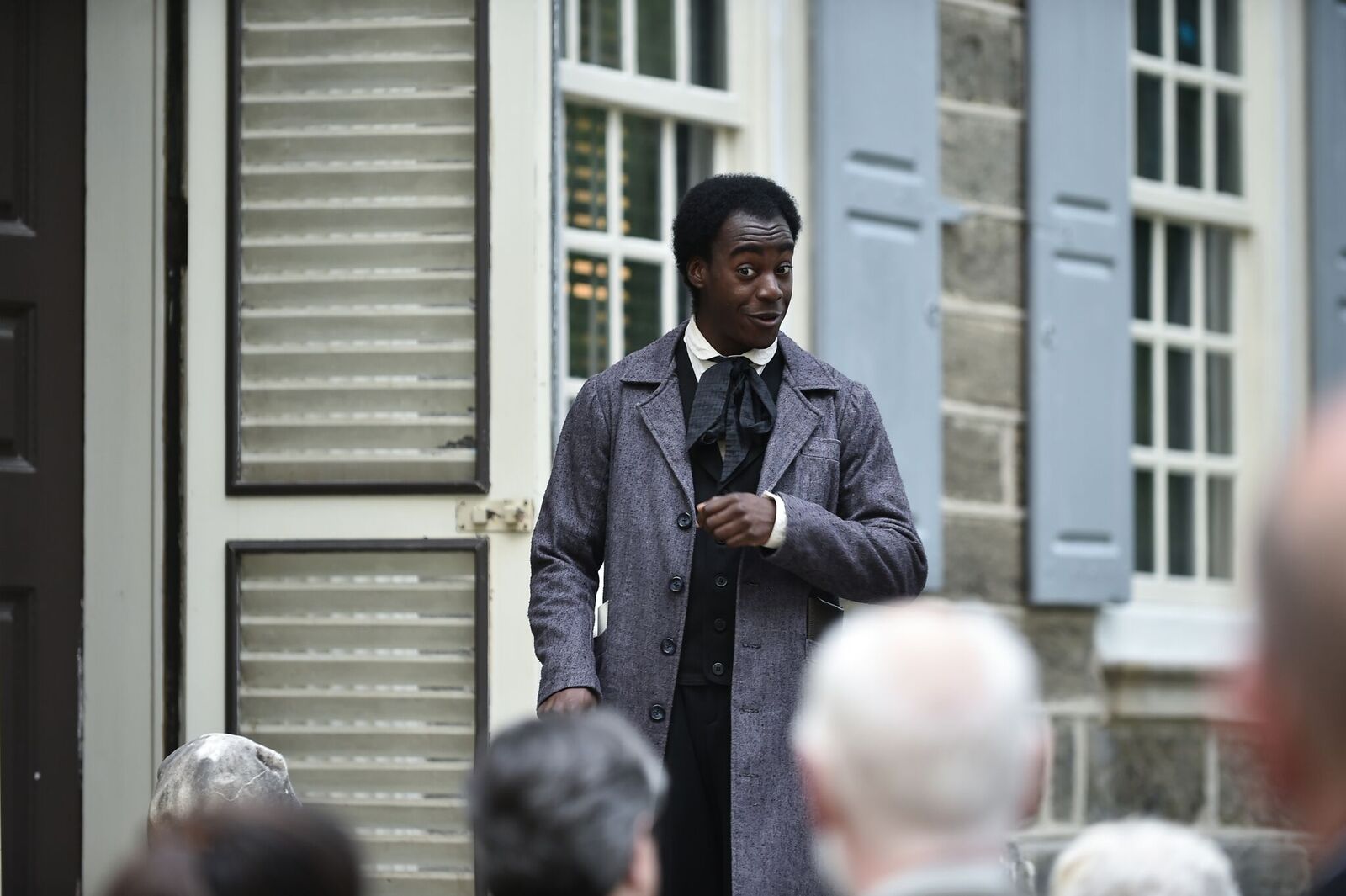 Take a tour of Cliveden led by James Smith!

This summer, Cliveden offers special tours led by James Smith, a free African American man who worked for the Chew family for over fifty years. James will lead visitors throughout the Main House and share stories from the 19th century. At the end of the tour, visitors will have the opportunity to ask James questions.

Tickets are $15 and on sale through Eventbrite and at the door. Due to the intimate nature of the tours, groups will be capped at 15 people. The tours begin at the Carriage House Visitor Center, located at 98 E. Cliveden Street. Visitors should check-in at the Carriage House and afterwards will be led to the Main House by a Cliveden guide. These tours do involve walking and standing through the Main House, which has two floors. Stools are available for those who may have difficulty standing for long periods. The tours are not recommended for children 12 years of age and under.

About James Smith: James Smith (c. 1790-1871) was a free African American man who worked for the Chew family from 1819 until his death in 1871. He worked at Cliveden when it was owned by Benjamin Chew, Jr. (1758-1844) and Benjamin’s youngest daughter Anne Sophia Penn Chew (1805-1892) as coachman and later as a general servant. The Chew family, particularly Anne Sophia and her nephew Samuel Chew III (1832-1887), thought very highly of James and upon his passing, paid for his coffin, burial, and wrote his obituary. James Smith is the second figure in Cliveden’s logo.

About Cliveden: A site of the National Trust for Historic Preservation and a proud member of Historic Germantown, Cliveden opened to the public in 1972. Built in 1763-1767, Cliveden was home to seven generations of the Chew family and the men and women who worked for them, was the site of the Battle of Germantown in October 1777, and serves as an example of Philadelphia Georgian architecture. As a house museum, Cliveden focuses on telling the complete history of the property by interpreting the buildings and grounds; giving a voice to the men and women—black, white, free, enslaved, and indentured—who had contact with the Chews and engages community input through various programs and events. The site is open for tours through the spring, summer and fall and for school and group tours year round. For more information: www.cliveden.org or 215-848-1777.